It is estimated that in Dorset alone, every year around 2,500 children are bereaved of a loved one or facing a bereavement in the family.

While that sounds bad enough, research has also shown that those children are more likely to experience a sense of isolation, anxiety, depression, behavioural difficulties, low self-esteem and even bullying as a result of their bereavement.

Our Dorchester shop team started working with the Mosaic charity, which provides crucial support for these children, almost six years ago with the aim to help give these children the support they deserve when they need it most. 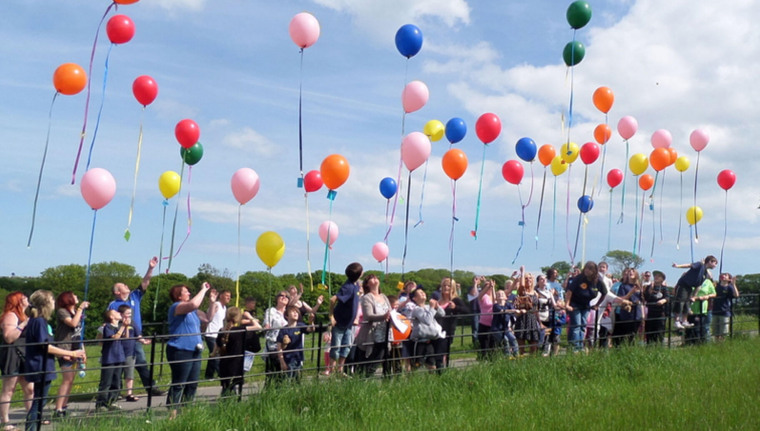 Set up 10 years ago by CEO Margaret Hannibal, a former company secretary, and Patricia Williams, a clinical director, it was their experience of working in hospice environments in Dorset that kick-started the idea for the charity.

'We were working at Forest Holme in Poole where there is a support group for families who have lost someone through cancer,' explains Margaret. 'But we realised there was a gap in services which did not reach out to those suffering other types of bereavement, which can come through road accident, suicide, murder, anything and some things can be more traumatic than others.'

'All of our main fundraising goes towards a residential weekend where the charity organises events, activities and counselling sessions for the children,' adds Jo. 'It's an emotional weekend but very rewarding. Bereavement is tough at any age, but it's really beneficial if we can help a few little ones deal with it better.'

Without the support of White Stuff team, Margaret says Mosaic wouldn't be so well known in the local community. 'Mosaic would not have been able to have such a good presence and awareness in Dorchester,' she adds. 'It's really given us a platform to help us make a difference.'